Buy Vouchers to your loved ones

Ready to begin your journey?

Feel free to look around

Buy Vouchers to your loved ones

The Huma pronounced Homa, is a legendary bird especially within the Iranian Mythology. It is said to never come to rest, living its entire life flying invisibly high above the earth, and never alighting on the ground.

In some variations, the Huma bird is said to be Phoenix like, consuming itself in fire every few hundred years, only to rise anew from the ashes. The creature is often referred to as bird of paradise.

The bird is said to have both the male and female natures in one body, each nature having one wing and one leg.

Considered to be a compassionate bird and one that protects our house, it is also named as bird of fortune since its shadow (or touch) is said to be auspicious.

Catching the Huma is beyond even the wildest imagination, but catching a glimpse of it or even a shadow of it is sure to make one happy for the rest of his/her life.

Having Huma as our logo aims at reaching for the Huma’s protection over our salon and customers. The letter A represents a Thai roof. Indeed, in Thailand, roofs of traditional houses are pointed (as per the picture) so the Huma is watching over all of us taking care of us, of you.

Finding our Center’s name was important to us. Coming across the word Huma came as an evidence. Upon entering the SPA you will feel peace and our Therapists will ensure you are really cared for.

Welcome to our world, welcome to HUMA.

"The secret of health for both mind and body is not to mourn for the past, not to worry about the future, or not to anticipate troubles, but to live in the present moment wisely and earnestly. " Buddha

Wellness relaxation and therapeutic different massages according to your needs and feelings.

Browse or list of waxing services and prices for women and men.

Discover our treatments with Jeunesse® products.
Restores youthful vitality and radiance to your skin. 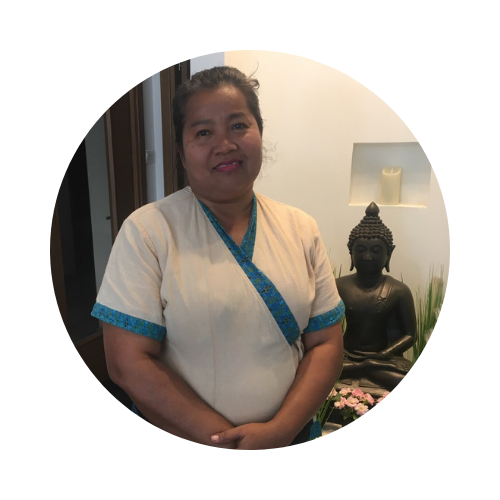 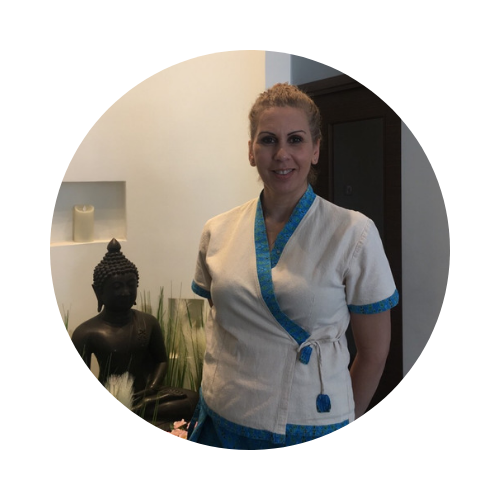 What our clients say ON TRIP ADVISOR

Outstanding massages in general but the reflexology was one of the best. Really relaxing atmosphere and quite rooms are really apprecriated.

I did not expect that it can be better than even in some 5star hotels, but it really was. Very nice atmosphere, friendly and helpful staff ( I made 4 times present vouchers to my friends without even coming). I could say that 40-50 eur for such quality massage is a very good price!

I have been there several times in the past six months for massages. Huma is a super nice place to relax and rejuvenate. Highly skilled massage therapists, beautiful facilities along with warm and friendly service keeps me coming back.

I tried full body relaxing massage... it was amazing...REALLYYYY!!!!:) Very friendly atmosphere, professional staff, quite rooms. For sure I will come again xxxx

During my erasmus in Cyprus it was very difficult for me to find a new cosmetologist. I went to Huma and found not only that, but also a friend.
Evi makes you feel comfortable and has a very light touch, that really minimize the pain. I feel like I found a true friend. I will definitely miss her when I go back home!

Relaxing environment and excellent service! I have been there twice and enjoyed full body massage and floor thai massage. What I keep from both visits is the high level of service. Place was very clean and staff was very friendly. Positive energy is all around. Simply, highly recommended.

The atmosphere, quality, cleanliness, everything meets the highest quality standards. Will definitely come back here again)